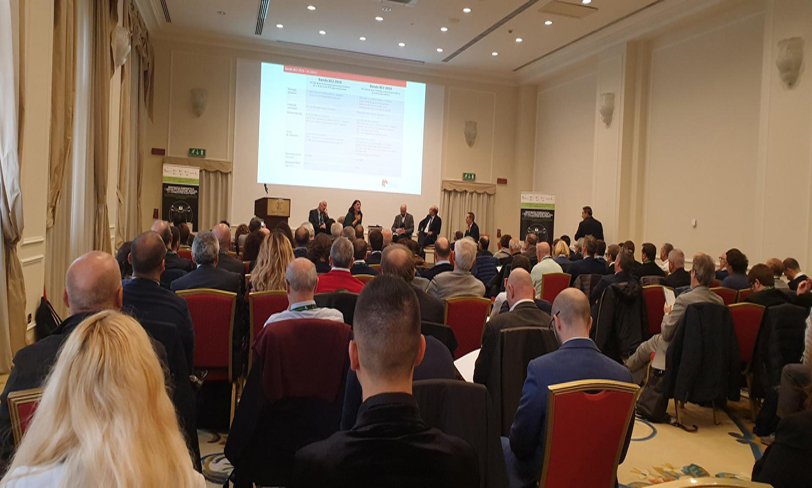 The convention “Efficienza Energetica E Ristrutturazione Edilizia Dei Condomini Esistenti” organised by ECOndominio, ESCo, specialised in promoting and spreading the culture of energy efficiency in block of flats, saw a great turnout and participation. The event was held on the 29th of October in Milan, at the Grand Visconti Palace.

In the presence of the institutions, the convention focused on urban eco-sustainability, citizens’ health damage and containment practices, introducing a concrete and determined approach to modernize the energetic and structural part of Milanese flats in order to reduce the emissions caused by residential heating, viable on self-liquidating basis through an Energy Performance Contract together with third-party financing and tax deductions (up to 75%).

On this occasion, the new Energy Audit Institutional Campaign 2020 was launched, with 100 free audits made available to Milanese residents, and the data on the previous Campaign were made known with the reduction of polluting CO2 emissions – approximately 170 ton per year – and a subsequent cost saving in bills for citizens – more or less € 80.000,00.

The event common thread was Leonardo da Vinci, 500 years after his death, who was committed to the subject of “ideal cities” between 1487 and 1490, with a very concrete approach: dirt, traffic, cargo handling, water supply, lighting.